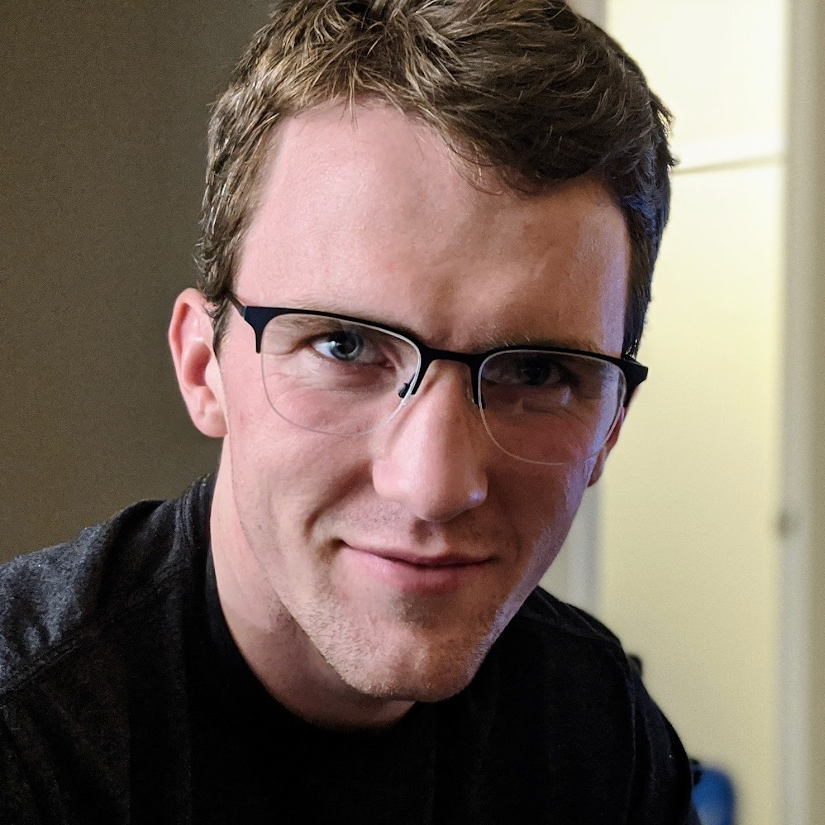 The Amtrak overlooks a lot of cornfields in between Chicago and St. Louis. Of course, there are also creek beds, interstates, and cul-de-sacs; minor league baseball stadiums; and a graffitied concrete beam at Union station which reads, “Have a great day.” However, the train’s predominant view consists of corn: row after row of that patchwork Midwest quilt knitted in the Earth. It was strangely captivating.

I used to take the Amtrak at the end of every quarter. I could have driven, if I owned a car, or flown from Midway airport, but the Southwest flight cost \$138, while a single seat on the Texas Eagle, a double-decker corrugated tin snake with polyester blue curtains and no wifi, sold for \$27. It was a slow ride. The lone star locomotive never exceeded 90 mph on its southward journey, and it ran the risk of breaking down or sharing track with sluggish freight trains, which for arcane reasons actually had priority over passenger rail. Over my four years in Chicago, I experienced numerous delays. In fact, my family grew so accustomed to late arrivals that they began timing their pickup based on Find my iPhone rather than the stated schedule, so as to occupy that pale-fluorescent waiting room inside the Gateway Transportation Center for as little time as possible. In one instance, my 9 A.M. departure broke down just outside of Joplin, at 9:40. I spent the next twelve hours texting back and forth about the second engine breaking down as well, the linkup with 11:30’s Texas Eagle to the rescue, and the lack of horsepower that resulted in our combined ten-mile-an-hour crawl across the snowy fields of Illinois. It was December. My family had tickets to A Christmas Carol at 8:30, well after I was scheduled to arrive, but I didn’t make it.

After that, we paid the Southwest fee whenever my arrival coincided with scheduled plans. I took the plane for Christmas parties in St. Louis, Thanksgiving in Kansas City, and vacation in the north woods of Wisconsin. At the same time, I was forming connections in California, where I have twice interned, and Maryland, where I ended up after Chicago. Thus, I have endured the airports of a dozen Midwest towns, as well as those of both the far-flung, non-flyover coasts this country has to offer. I can confidently call myself a fair reviewer of the airborne mode of travel, at least domestically. While flying is convenient, to be sure, the experience leaves much to be desired.

Where the airplane excels in timeliness, the Amtrak offers refuge. Those cardboard cutouts that Southwest calls chairs can hardly hold a candle to the deep cushions and Lazy-boy leg rests that have lulled me half to sleep on more than one occasion, aided in no small part by the gentle swaying of the Texas Eagle’s upper deck and the choruses of Transatlanticism playing through my headphones, unimpeded by the roar of Boeing jets or babies crying. Indeed, despite its tardiness, the train itself came to represent a homecoming in my mind just as much as St. Louis itself. Such was my exhaustion at the quarter’s end that slumber sometimes carried me from one downtown into another. Otherwise, I entertained myself with leisures I could not enjoy while classes culled my time, such as several Netflix seasons or a single game of Civilization VI. Once, in an unusual burst of train-bound productivity, I started programming a Rubik’s cube solver, a tricky project which would occupy my holiday hours in between family gatherings, simply for the fun of it.

In this manner, the train ride always accomplished what flying tends to fail at: transition. A plane is like a hotel elevator, ferrying strangers from one carbon copied hallway to another, leaving little impression of having actually moved other than a ringing in the ear. Hotel hallways are identical by design, and airports, despite their innumerable idiosyncrasies, possess an overwhelming sameness. The same cannot be said of train stations, which, in addition to being generally more charming, inherit character from their surroundings. Even the Gateway Transportation Center, a soulless grey slab squeezed beneath the interstate, boasts a riverside view of downtown St. Louis on approach. I used to end every journey home with a view of the Arch’s ghostly gleam cut right across the moonlit Mississippi, seeming more like a mirage than a reflection. Every city has a tarmac. Only my hometown has that particular stretch of track.

Even the great engine failure of December 2016 stands out fondly in my memory. Dad, not wanting me to miss A Christmas Carol, decided to intercept my Franken-train in Springfield or maybe Lincoln, depending on its progress. These were optimistic estimates. Dad passed through Springfield without stopping, and in Lincoln he called to confirm the locomotive was still crawling through northern Illinois. Hours later, he finally reached me in Bloomington-Normal, a college town situated halfway between St. Louis and Chicago. I disembarked in downtown Normal, and the train slouched on without me. Christmas lights lit up the wintry night. I found Dad’s SUV in the parking lot and loaded my bags into the trunk. The two of us exchanged a warm hug. By then, we had no hope of making the play, so Dad looked up an Irish pub on Apple Maps and bought me dinner. I devoured it hungrily. Then we drove the whole way home, catching up on politics, extended family, and the latest television drama while just outside the endless snow-covered cornfields swallowed up the nighttime highway’s scattered light and faded toward the flat horizon. 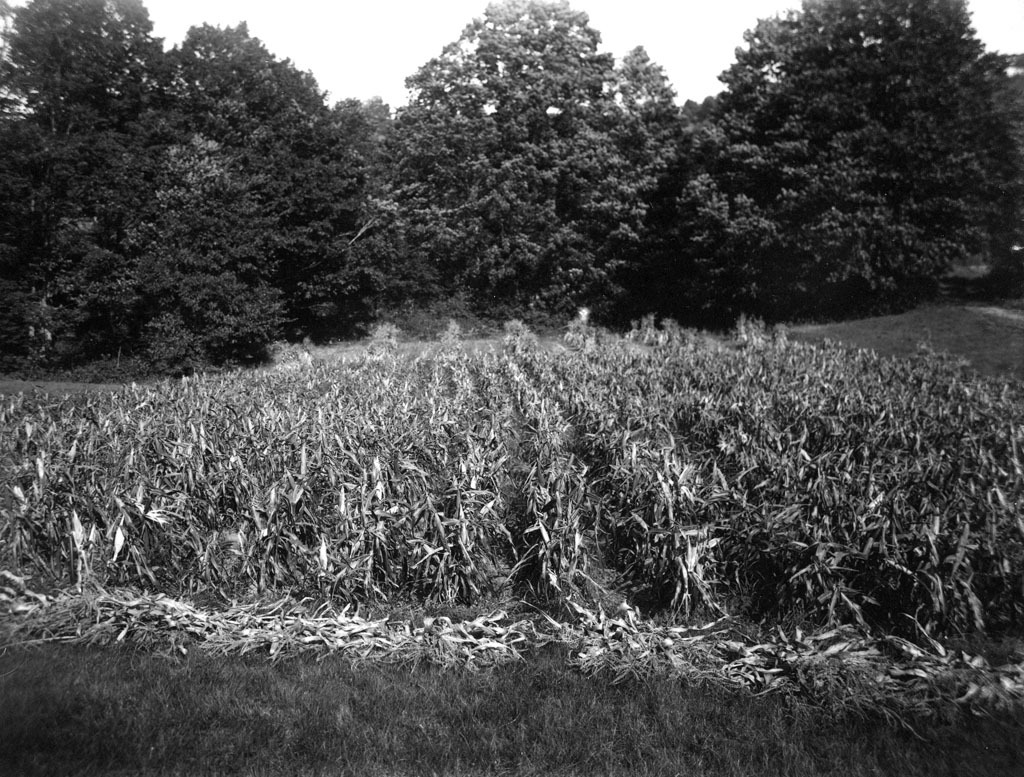 You May Also Enjoy

How to Get Pinned

Eight months out of the year, most people called it the multipurpose room. It had the proportions of a dance studio or a chemistry lab – although it was neither – and inhabited the same basement hallway as the weight room and the lockers, containing neither weights nor changing areas. Two collapsible pitching cages hinted at one function, tucked against the near side wall, but for the most part their rolled-up turf served as a convenient bench for changing out of tennis shoes, not in use. Above these, gray steel beams supported the corrugated ceiling, covered in an insulating foam. The foam was peppered with tiny black dots, which once served as the only entertainment during a mandatory screening of “Your Body,” that the Health teacher showed, using a TV cart as wide as the doorway, well-equipped with both video-cassette and DVD players, minus one remote. We sat on the floor, since the makeshift classroom had little in the way of seating. It was not, after all, really a classroom. Read more

How to Have an Opinion

Professor Lyons possessed the sort of casual self-importance which only former consulting attorneys and underpaid professors are capable of. He had elbow patches on his jacket. His favorite movie was The Big Lebowski. Every day, he carried a leather messenger bag stuffed with graded papers, syllabi, that day’s reading, and several cans of green La Croix, which he drank periodically throughout the class while one or another “that kid” spouted their opinion – as if the Wisconsonian sparkling water lent him willpower to listen. Read more

How to Hold Office Hours

Professor O’Leary wore circular spectacles and a wide brimmed wizard’s hat. Actually, it may have been a modest bucket hat, but the man so much resembled a wizard himself that the gray conical cap seems more likely in my mind. Read more

How to go Casting

The lake is fifteen minutes from my parents’ house, which makes up for some of its other qualities. Dense thickets and collapsing mud walls encircle the water, interrupted by abandoned camping chairs and a mossy picnic table, which sinks into the Missouri mud. After a rainstorm, the Meramec surges into the lake, depositing Anheuser Busch cans and Marlboro butts all along the shallow cover, where bass like to hide. A thick, foamy film clings to the surface. Mercury levels make the fish not-quite-edible. A park pavillion overlooks the scenery on one end, a boat ramp on the other. Read more